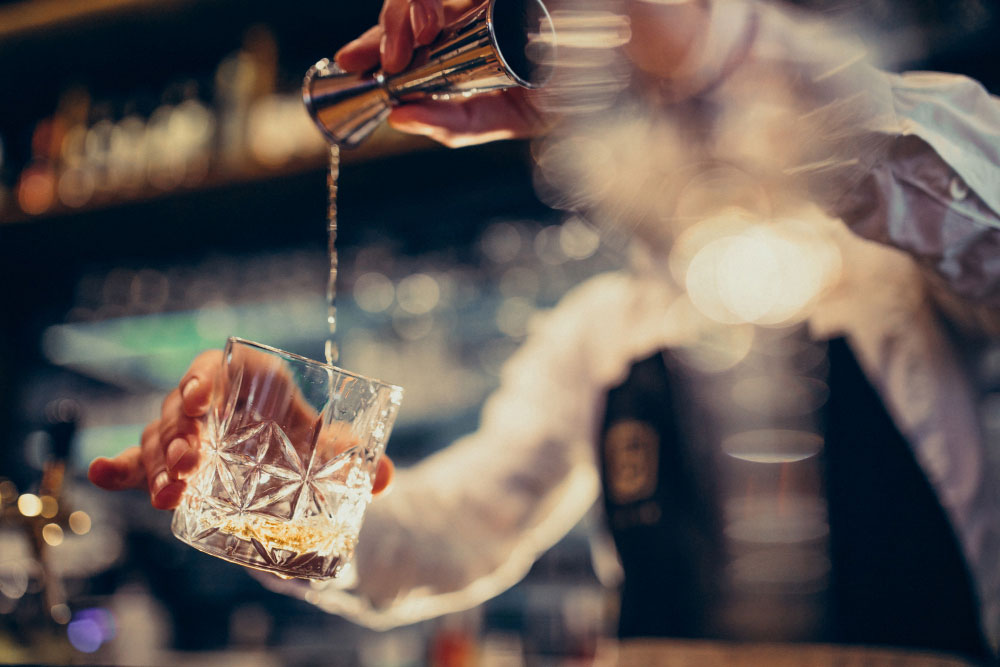 At Heritage Lounge, we’re all about bringing back the best aspects of the past. Whether it is through the menus in our cocktail bar that puts a modern twist on classic old cocktails, or simply through the venue of our Parramatta bar at a grand heritage building from the 1920s era, we pride ourselves on our connection with the past and all it represents – sophistication, wisdom and culture.

For this reason, we’ve decided this month to share some of the most interesting origins cocktails that you can sample while savouring the Sydney nightlife at your favourite Parramatta bar or pub Parramatta has to offer. Some of these stories are easy to prove, whereas others are harder to verify – but they’re all interesting. There’s never a boring moment here at Heritage Lounge.

Telling the story of the martini is easier said than done, as there are many claimants who say that the drink originated in their town. One recurring theory says it was invented during the Californian goldrush of the 19th century in the town of Martinez, by a successful miner who had just hit a productive vein of gold. It was hard out in the field and miners were an alcoholic bunch. The next shipment of champagne was still trundling along on the horse-cart miles from town, so the bartender went rogue and created this enduring beverage in a fit of over-worked inspiration.

The espresso martini is a much more recent invention, created in the 1980s due to the fortuitous placement of a coffee machine near the mixing stations at a bar called the Soho Brasserie. When a supermodel, tired from strutting the catwalk but with a long evening of engagements ahead, demanded a beverage that would wake her up, barman Dick Bradsell’s eyes lit up. He created this enduring beverage that is still evolving to this day. Our Parramatta bar Heritage Lounge do it differently with our Counterfeit Espresso, which includes Ratu Signature and Cold Brew Coffee with nitro-charged Spiced Pineapple and Almond Foam.

Not a cocktail per se, but still a fascinating history. As British powers took colonial rule in India hundreds of years ago, they were increasingly afflicted by the mosquito borne disease of malaria. A chemical from bark called quinine used to be the leading treatment for the blight, but its bitter taste put Europeans off the remedy. So, they started to mix it with water, lime, sugar and gin to make it more pleasant to drink. Quinine has continued to be an ingredient in tonic for years and still appears in some tonics, albeit in much lesser amounts. We keep Four Pillars, Archie Rose, Blind Tiger, Roku, Beefeater and other gins behind the bar.

At our cocktail bar in Heritage Lounge, we are familiar with all the longstanding traditions of cocktail construction, but we’re not afraid to break them when that means we can deliver exciting new drinks to the Sydney nightlife community. We not only use spirits, mixers and drinks from Australia and around the world, but we even boast a large menu featuring local Sydney-inspired cocktails, each with their own interesting histories. Some are born out of the Sydney boom days of the 1920s, others are dreamed up by our cocktail artists. What stories will you gather this weekend?