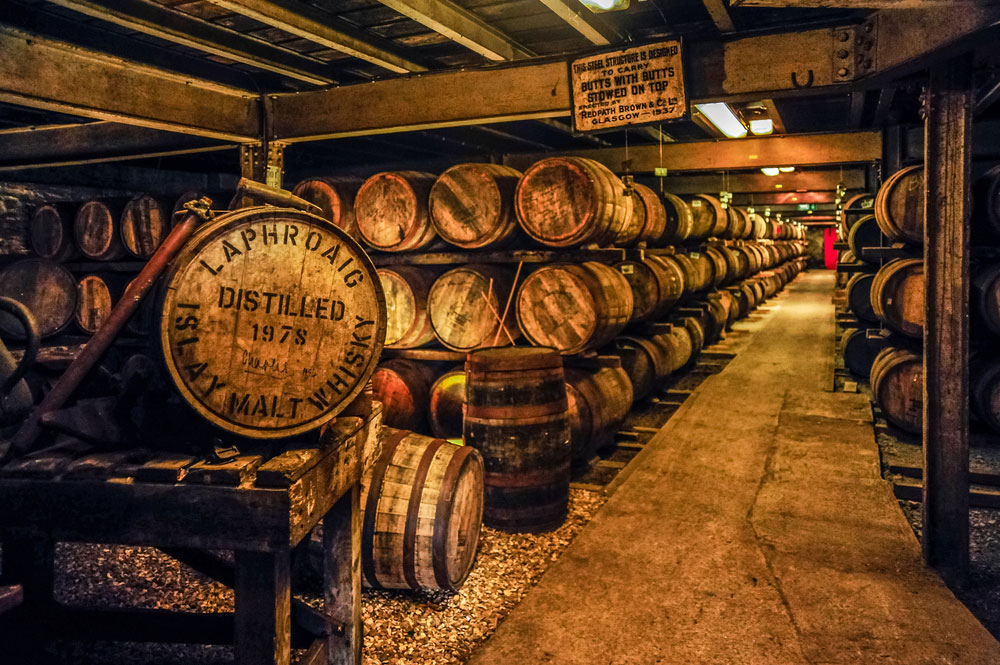 The Importance of Water in the Production of Whisky

Just look at the fact that so many distilleries in Scotland are built on or near a water source within the property’s bounds. This crucial piece of information should not be left out of one’s mental whisky toolkit: that collection of facts that provides a key to a whisky’s true character.

Not all water is equal

The water used in a whisky can affect its qualities. Often, a given variation in water is not necessarily preferable to another, if used by masterful hands to achieve an effect that it is within its wheelhouse.

Here are a few pointers on how water can vary:

This last point warrants greater explanation, and to do that we must look to Scottish geography.

Scotland is a land of heavy winters during which the snow builds up on the hillsides. As the snow melts during the thaw and into summer, some of this trickles away, while other parts of it trickles into the earth to the bedrock below.

It does this through layers of heather, loam and peat, which can import their characteristics to the water, and in turn to the whisky. These porous substances can also act to purify and remove irregularities.

The water is then used during the whisky making process to malt the whisky, to mash the whisky (that is, to extract the sugars from the grain), and finally to dilute the spirit to an ideal level of alcoholic content in the barrel.

It is also essential as a coolant, a source of steam to condense a spirit’s vapours back to liquid during distillation, a regulator of PH levels and a natural purifier. Its involvement at every step demonstrates its delicate and complex interrelations with the final whisky in the bottle – and then your glass.

These complex relationships are further manifested in the practice of diluting one’s glass of water slightly with whisky, which is preferred by some, while others prefer their whisky neat.

Water manifests itself in mouthfeel, taste, and overall experience. Many whiskies could be taken as an example, including those from Scotland’s Laphroaig distillery.

On the Vault Menu at Heritage Lounge, our popular cocktail bar and whisky bar in Parramatta, we feature their Ian Hunter Story 30 year old, a single malt from the 1987 vintage.

This whisky displays characteristics of the local peat and water. On the nose, we find a syrupy, lemony, apple note, followed by an herbal, gorse flowery cedar on the palate. The finish is of iodine and seaweed, a reflection of this dram’s coastal origins.

Laphroaig recount the historical conflict with rival distillers over their water. We count ourselves lucky they came out on top. Drop by our Parramatta bar Heritage Lounge to experience its impact for yourself during your next Sydney nightlife adventure.